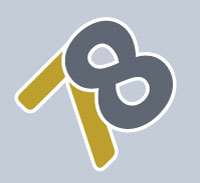 The darling of AIM over the last few months, generating more comments, tweets, bulletin board posts than any other share. Founded in 1995, they are a precious metals mining firm with two main areas of interest at Monchetundra and West Kytlim, both in Russia. Low cost, open pit mines with stable power supply and steady political background.

For background information on the company, visit their website at www.eurasiamining.com

Increasing from 0.4p in Mid October to 7.2p at time of suspension on 10th February, many investors have profited already. The question remains where it is going to end up at this year.

Where is it heading next?

As Eurasia transitions from exploration and small scale mining to a larger entity, the company has gone into a lockdown of sorts whilst they are assumed to be negotiating the sale of assets. We have had a few pieces of information courtesy of the recent articles in Kommersant :

Key takeaways from these articles are an expected EBITDA of $250m based on 4 tons a year production at Monchetundra, with now another 2 tons of production at West Kytlim to add to their healthy basket of Palladium, Platinum, Rhodium, Copper, Cobalt and Nickel.

I’ve taken the recent suspension to give a fresh perspective on the events of last 3 months. I have extended my timelines on the process of a sale to reflect the complexity and number of different types of bidder who will have differing areas of interest in Eurasia Mining.

“Physical shortage is coming faster than expected” – whilst some wise people have predicted this event would arrive, the mainstream have been oblivious to PGM shortages until this month. This was the key thought for me that unlocked a new way of looking at things.

The shortage coming faster than expected has opened new options. It now makes a lot more sense to attract more interest before letting people bid. Whilst shares are suspended, everyone is locked in and waiting for updates.

Once you have a bid it is harder to get the share price higher compared to leaving things a while and the first bid being bigger. Every week the prices of Pd and Rh are increasing…

So there we have it. In a couple of years time when both mines at MT and WK are fully operational, you could expect EBITDA between $291m and $437m based on 4 and 2 tons respectively. This is based on approved production plans involving SinoSteel, along with the lowest AISC seen globally in PGM space, approx. $325 per ounce.

Appropriate multiples for a PGM mining outfit are open to debate, the following link gives a good guide to many sectors, so it was felt 9.5x would be a good target to aim for with EUA :

Referencing the tables above, a market valuation of between $3.6bn and $6.7bn is achievable under full production plans. Obviously Eurasia are not at this stage yet, but it won’t be that long in the grand scheme of things, whilst Palladium remains in deficit especially so.

So in conclusion, how much will someone be willing to pay to secure :

Is it any wonder people consider EUA a bargain at current prices. When the CITIC tweet is clarified, there will be a lot of interest in taking part in the next phase of action for Eurasia Mining.

A personal site for my investment opinions. Please note the important information below.

If you are unsure of any investment decision you should seek a professional financial advisor.  PowerOf78 and gmf78 are not registered investment advisers and will not provide investment advice or recommendations. We are not regulated by the Financial Conduct Authority.